Organization
Founded and directed by Zita Carvalhosa, the Festival is organized by Associação Cultural Kinoforum.

Objectives
The São Paulo International Short Film Festival aims to promote a greater exchange between Latin American and International production. Being cultural in nature, the Festival intends to present films that may contribute to the development of the short film concerning its aesthetics, specific format and way of production. The 32nd São Paulo International Short Film Festival - Curta Kinoforum will take place with a live exhibition of part of its program in the city of São Paulo and online exhibitions of the selected content with a geo-localized exhibition in Brazil for a limited time between August 18th and September 17th, including the re-display of award winners and highlights in program clippings.

Brazilian Programs
Films enrolled in the Brazilian Programs may participate in national showcases, in addition to Kids and Teens Showcase and Special Programs. Taken into consideration the particularities of each film, a same short can be a part of more than one Festival’s sections. It’s the Festival organization's prerogative to program a selected short in one or more of its programs.

Immersive Films
Films with immersive features can be submitted in any section of the Festival that corresponds to its country of production. Taken into consideration the particularities of each film, a same short can be a part of more than one section. It’s the Festival organization’s prerogative to program a selected short in one or more of its programs. When submitting, you must inform whether the short film has an immersive version, and if so, the available format(s) (3D, VR, 360, etc).

Requirements
1. Films of all genres completed after January 1st 2020, never before submitted to the Festival, with a maximum running time of 25 minutes (credits included).
2. Unconcluded films will be accepted under the conditions below:
۰ The videos submitted for selection must be, necessarily, in its final cut. The only differences accepted between the evaluation file and the exhibition print are sound mixing, color grading and mastering.
۰ The submitter should inform that the film is not in its final version by filling in the designated space in the submission form.
۰ The film’s conclusion must be informed until June, 15th, 2021 for the film to still be considered in the selection process. A new video file may be sent to replace the original one.
3. If the dialogue language is not Portuguese, English or Spanish the film must have hardcoded subtitle in one of these languages for submission and exhibition.
4. Advertising and / or institutional videos will not be accepted.
5. The submission of the film in the selection imply in the agreement and permission of the rights holder for the online display of selected films during the week of the event.

Entry procedures
1. Entries are available at Short Film Depot (www.shortfilmdepot.com). After registering your film on the platform, submit it to the 32nd São Paulo International Short Film Festival.
2. At the registration stage, a screener of the film can be uploaded according to the platform instructions and specifications.
3. In addition to the selection process for works, the Festival reserves the right to invite films for exhibition.
The Festival will not cover shipping costs or taxes regarding submission material. All expenses related to dispatch of submission materials are in charge of the person who submits the film.

Disclosure of selected
The list of selected works will be announced until July 15th, 2021 at www.kinoforum.org

Exhibition Copies and Documentation
1. Digital screening copies shall be provided to the Festival organizers in DCP (Digital Cinema Package) as the norms available at https://isdcf.com/dcnc/, and/or Quicktime (.mov) H.264 files for mono videos. Stereo or 360º videos shall be sent as mp4s encoded with h264 and 1:1 aspect ratio. The specific files shall be sent until July 24th, 2020. The delivery address is below.
2. Due to the hybrid and international character of the event and, consequently, to the presence of directors and professionals who do not speak Portuguese, subtitle files must be sent in Portuguese and English in SRT format. SRT files must be compatible with the exhibition copy of the selected short film.
3. Indicative classification: According to Ordinance 368/2014 of the Ministry of Justice of Brazil, films shown in exhibitions and festivals must practice self-classification in accordance with the “Practical Guide to Indicative Classification”. It is mandatory to fill, on the registration form, the indicative classification of the film, according to these rules. The organization of the event is responsible for ensuring compliance with this measure and may even change this classification according to the festival's convenience to adapt to the rules. The Guide is available at: https://www.justica.gov.br/seus-direitos/classificacao/guia-pratico/guia-pratico-de-audiovisual-3o-ed-english-version-1.pdf/@@download/file
4. Those responsible for short films that declare, at the time of registration, the existence of a copy with accessibility features must send the exhibition files with the facilities highlighted in the registration and synchronized with the exhibition copy. If accessibility has been made after registration, it is important to communicate these facilities to expand the possibilities of programming the film at the event.

Promotional materials
All information present in the registration form, as well as images of the films (up to 30 seconds) may be used for dissemination on the festival website and in the media. Up to 3 still images (at least one vertically), poster, teaser or trailer and up to 3 minutes of selected works will be requested, which may be shown by the Festival strictly for the purpose of publicizing the event and its programming in any media. This material must be sent within one week after the date of notification of the selection.

Screening fee
The Festival does not pay screening fees for submitted films.

Awards
In addition to the Competitive Exhibition for Brazilian shorts of up to 15 minutes, the audience of the Festival is asked to vote and a list of the 10 (ten) audience favorites will be announced during the closing ceremony. The event is also open to partnerships with different short film promoters and companies, which may result in other awards to be announced during the closing ceremony.
The Brazilian short films produced in audiovisual courses are eligible for the Breakthrough Award, which consist of services and equipment for the production of a new work of up to 15 minutes long. The condition for the film to be eligible for this award is the express indication, at the time of registration, of the educational institution to which the short is bound and that this is also credited in the film.
More information about the partnerships and prizes will be available at www.kinoforum.org.br.

Brazilian Product Certificate (CPB)
Only Brazilian films with a Brazilian Product Certificate (CPB) issued by the National Film Agency (Ancine) will be eligible for prizes promoted by the Festival and its partners. The issue of the CPB is free and may be requested by an individual or legal entity registered with Ancine. More information on the website: www.ancine.gov.br
The festival will accept the registration of works that do not yet have the CPB; however, only those works that prove the registration by August 3rd, 2021 can compete for the prizes and highlights.

Participation of the filmmakers
Accommodation and transportation are offered to the filmmakers of selected films coming from cities outside of São Paulo in a democratic way and within the budgetary limits of the event, guaranteeing equal parameters for the representatives of each section. These representatives must be the director or the producer of the film, so the other cases will be subject to prior evaluation by the Festival.

Festival tour
A Festival Tour may be organized in the month following the Festival and only formally pre-authorized films, by the director or the producer, will be screened in this program.

Final considerations
The person responsible for registration declares, at the time of registration, that the producer of the work is the holder of all applicable rights, guaranteeing its exhibition at the 32nd São Paulo International Short Film Festival, and that all elements or any type of work used in the short film, including the soundtrack and archival images, do not violate any right to use the image or intellectual property of third parties in compliance with Brazilian Federal Law No. 9610/98, thus agreeing that the person responsible for the subscription to assume exclusive legal responsibility for a possible claim, lawsuit or litigation, whether directly or indirectly arising from the display or use of the works. In addition, the person responsible for registration, representing at the time of registration, all applicable rights holders, agree that the selected films are authorized to be shown in cinemas and / or online viewing platform, and any withdrawal from participation in the event must be be formally communicated by June 30th, 2021.
Participation in the Festival implies recognition without reservation of these regulations and entry form.
In case of any doubts, please contact the Festival by sending an e-mail to inscricoes@kinoforum.org 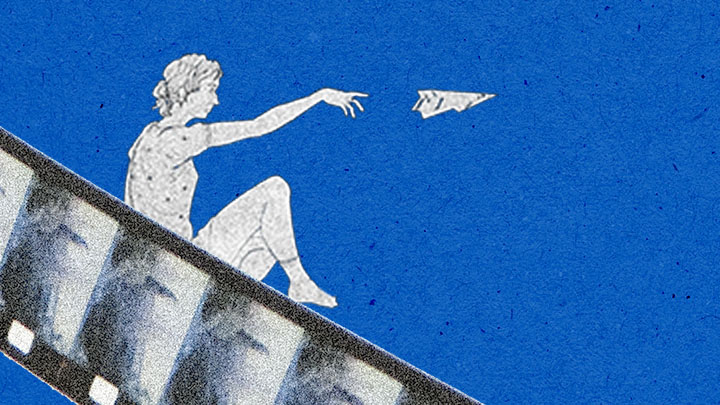 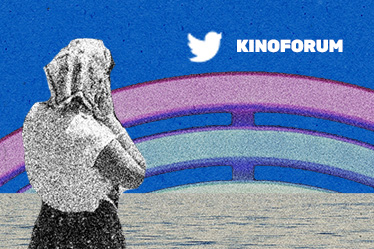